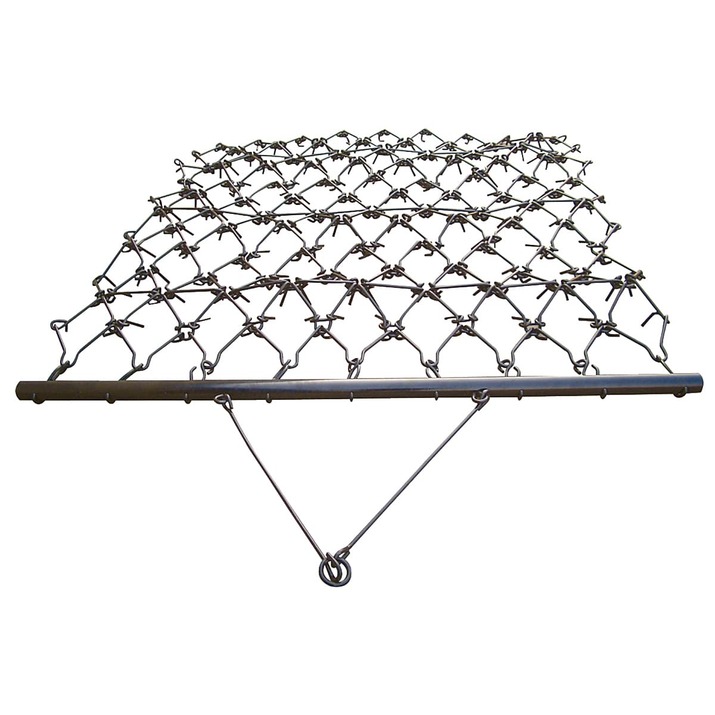 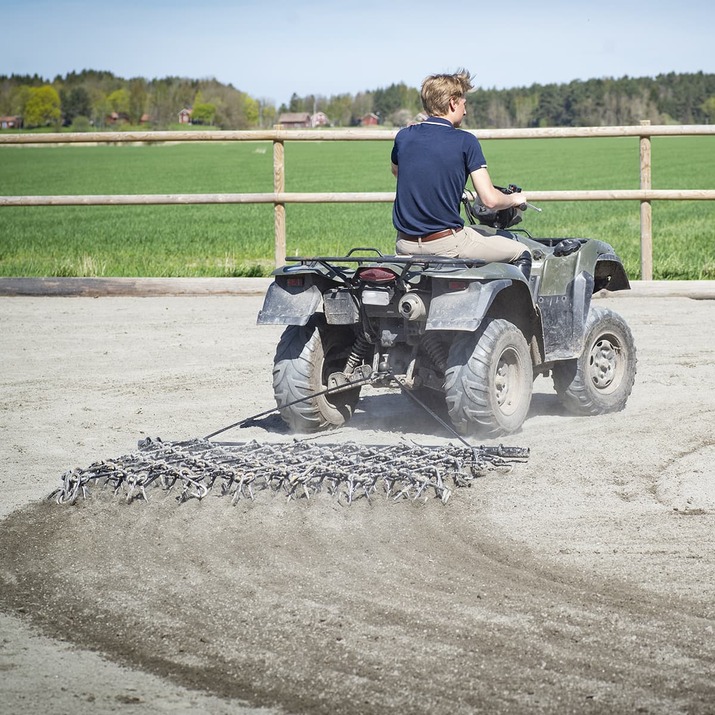 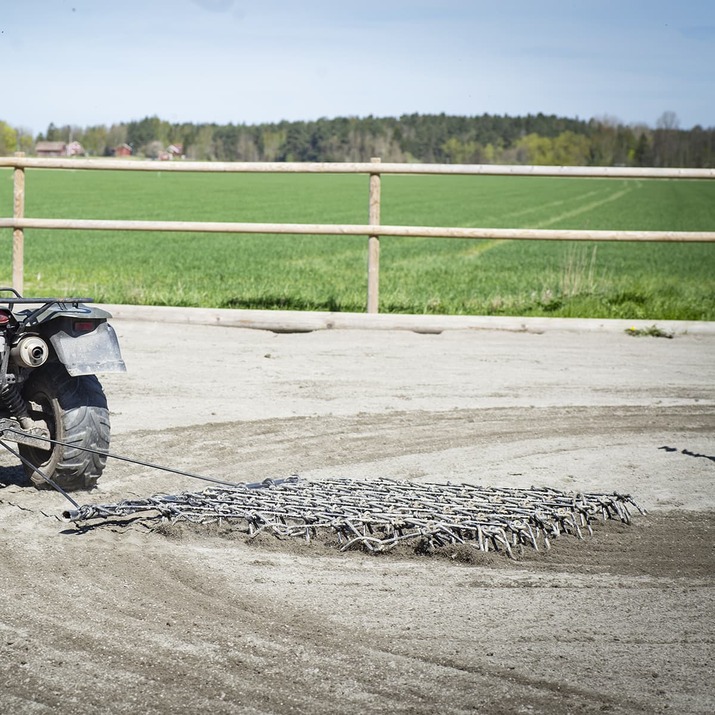 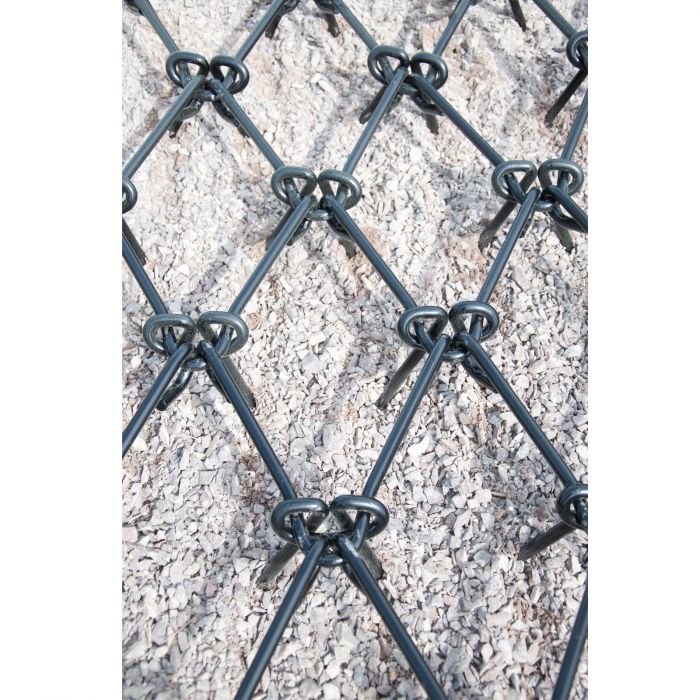 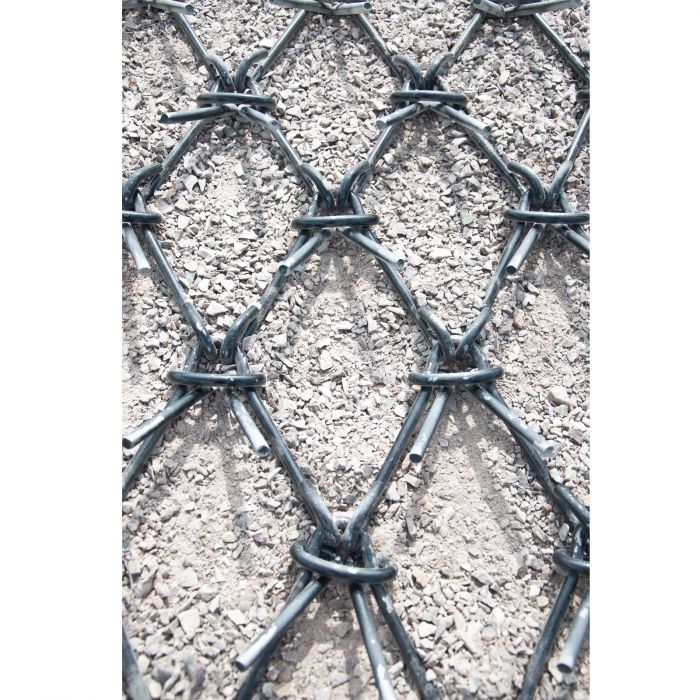 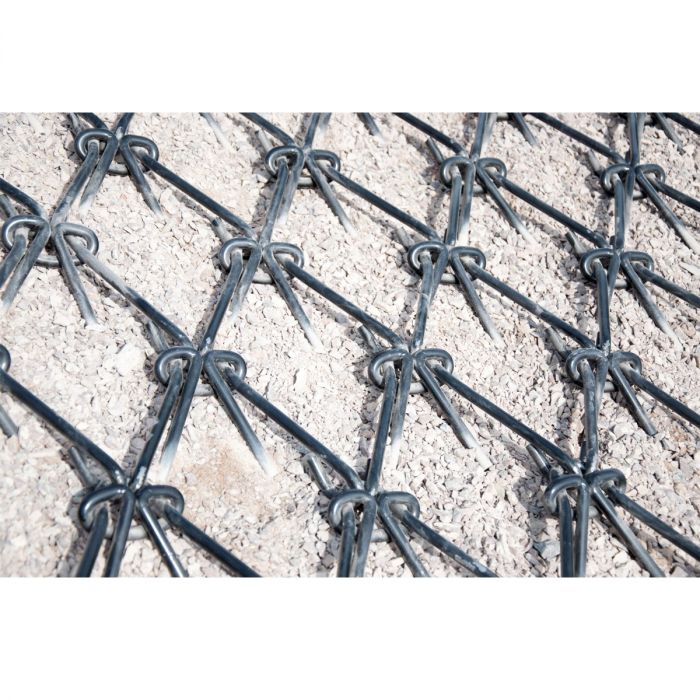 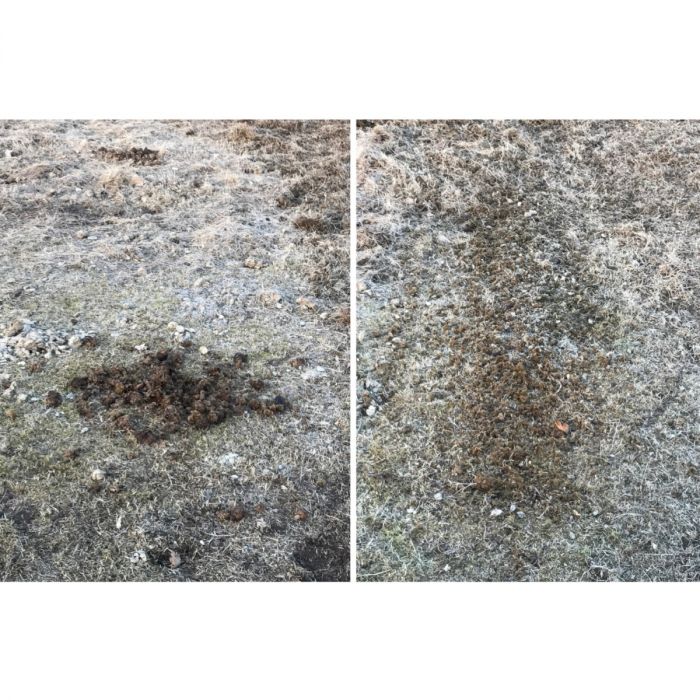 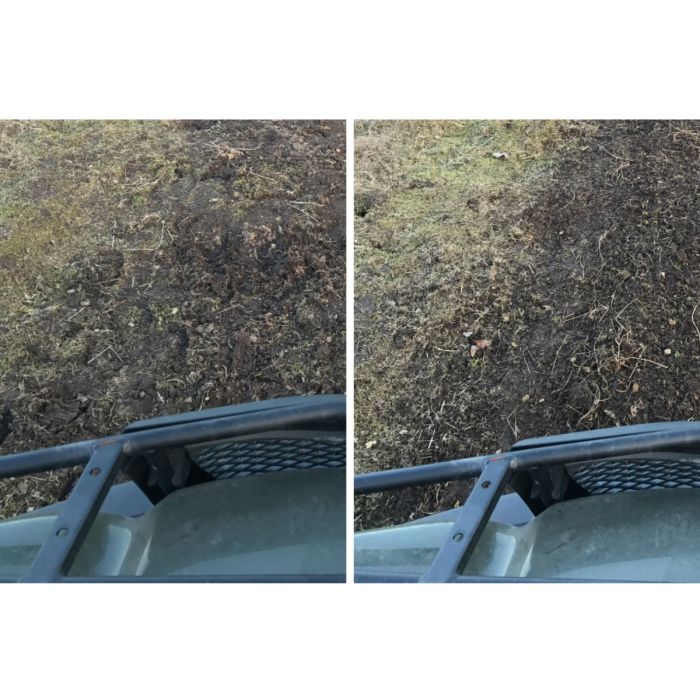 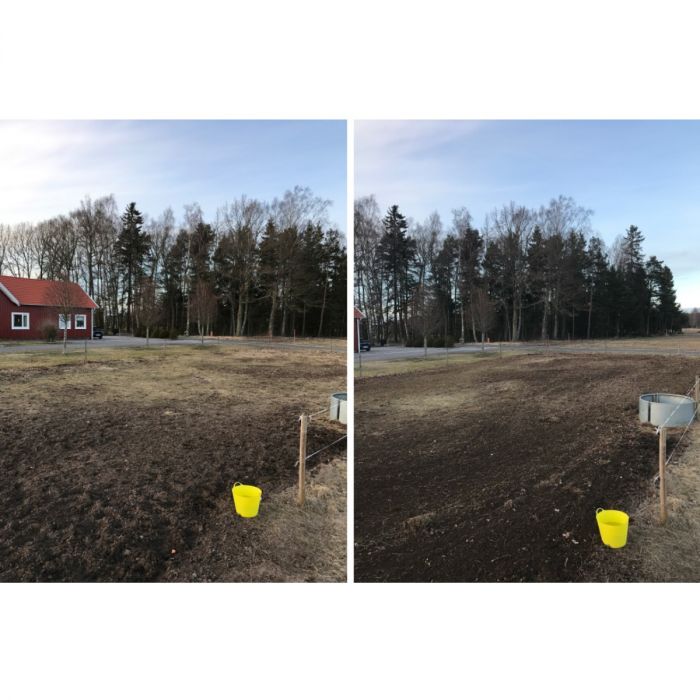 The harrow mat's areas of use:

A harrow mat with tow bar, ideal for your ATV or other vehicle with tow hitch.

The mat is reversible for gentle, average or aggressive cultivation. Depending on how the draw bar is positioned or whether the mat is reversed, you get either a 45-degree or a 90-degree angle of penetration by the tines or a smooth mat for levelling.

3 functions with the same mat

"We use the harrow mat for harrowing the paddock, pastures and a lot more besides. Our paddock has rock flour at the bottom and fine gravel as the top layer, and if you take short cuts and don't harrow often enough, it easily gets too hard, so I attach the draw bar at the end that offers aggressive pulling action, and if the weight of the harrow isn't enough to penetrate the material I add a few weights. I think it's easiest to pull the harrow over the paddock with the car.

We harrow the pastures a few times per season, first in the spring when we want to get rid of dead grass and till the grassland – it gives great growing power and the grass really gets off to a good start. Then we level out the dung piles in the fields in autumn as well. Then we use the tine option for average cultivation, at 45° (we attach the draw bar to the end opposite to the one for aggressive cultivation).

After a digging job in one of the fields, we used the harrow mat to level out the topsoil before we sowed new grass, in the early spring we harrowed the snow on the paddock so it would thaw faster when the sun got at it, and we also use it a lot on the courtyard and in front of the stable," says Elisabeth Nordberg, who has 6 horses in her stable.

Read more
£564 Excl. VAT
Find your dealer in the link at the top of the page, click on ”FIND YOUR DEALER”
Product no. 36-HM183
Welcome to Kellfri!